This is my second post in Gilmore’s newest feature Kiss & Tell, where I share my thoughts on the many significant others of Gilmore girls.

In this post, I’m going back to the start: Dean Forester. I jumped the gun a little bit and started with Jess, who I unabashedly admit is my absolute favorite Gilmore boyfriend (check out the post to see why) but for the most part I’ll be going in series order/order of appearance from now on.

Dean Forester was Rory’s first boyfriend, which made him the biggest possible of deals during the first few episodes of the season. Despite a few bumpy patches here and there (i.e. the whole “I’m maybe not going to Chilton because of Dean” thing and the “I accidentally stayed out all night with Dean” thing), Dean proved himself to be an amazing boyfriend. Not only was he incredibly attractive, but he was also mind-blowingly nice to absolutely everyone all the time – especially Rory.

But alas, the problem with our boy Dean is that those characteristics were pretty much all that he had going for him: hot and nice. What Dean had, though, he had in spades. I mean, he built Rory a car. A CAR. He would literally do anything Rory asked him to do, simply because she asked him to. He put up with her snotty Chilton friends on more than one occasion, he changed the water bottle on the porch, he sat for hours on end at bookstores… he’s the kind of loyal most girls dream about it.

But all the loyalty in the world doesn’t create passion. No matter how much Rory and Dean cared about each other, it was always just sort of cute, puppy love. When they held hands or kissed, or even when he made grand gestures, I always thought “well, isn’t that cute” but I was never moved. Even when they were in the midst of an affair it was just kind of like “eh.” The only time I ever felt especially emotional toward Dean is when he broke up with Rory for the second time, mostly because it was a supremely shitty thing of him to do. Not the break up necessarily – that was fine – but the way he did it. Who breaks up with his girlfriend of two years at dance marathon in front of the whole town?? And then he does it AGAIN when he breaks up with her for the final time. He walks away in front of a huge group of people, breaking Rory’s heart and humiliating her all at once. For shame.

I think the lack of passion comes from the fact that Rory and Dean just weren’t on the same page. They didn’t value the same things and eventually that took its toll. Rory trolled bookstores for hours on end while Dean had to be cajoled into reading Jane Austen. Rory was taking the world by storm at Yale while Dean was turning hot dogs on a spit at Doose’s Market.

I may not have agreed with the Palladinos’ decisions about all the Gilmore boyfriends, but I’m totally on board with the direction they decided go in with Dean. He was the perfect first boyfriend but he couldn’t last. As Dean said himself, he just didn’t belong there anymore.

When I got the idea to start this blog, everything was easy except the name. I had a million ideas for content and I knew exactly what I wanted to include on site, but I was at a total loss for what I wanted to name to be. Of course I wanted something related to Gilmore girls considering it’s the primary inspiration for the blog, but I also wanted it to be something that could speak to the book list and my experience with the show. After a considerable amount of brain-wracking, Gilmored seemed to be the best fit.

The term from the Season 6 episode, “You’ve Been Gilmored.” Luke and Lorelai head to dinner at Emily and Richard’s house after Emily informs Lorelai that she would like to get to know her future son-in-law. During the dinner, Emily and Richard thoroughly freak the couple out by discussing in vivid detail the many ways that they could be scammed out of everything they own. On their way out the door Luke and Lorelai are frantically discussing when they will implement all of the suggestions Emily and Richard made to insure everything at least twice when Lorelai realizes that they’ve been Gilmored. Per Luke and Lorelai’s description, one is Gilmored when a Gilmore gets inside one’s head and/or under one’s skin, thereby producing a feeling of anger and paralyzing weakness.

So with that understanding of the term, the name makes perfect sense for this blog. Of course there’s the fact that site is entirely focused around a reading list that couldn’t get any Gilmored if it tried, but I think the name also makes sense because I’ve been Gilmored, especially in my attitude toward reading and literature. Rory and Lorelai taught me that smart girls are cool and that a world of books is one of the best places you can spend your time. I couldn’t imagine getting back into reading, and sharing that journey with the world, without paying homage to show and characters that helped me develop the confidence to embrace my bookishness. 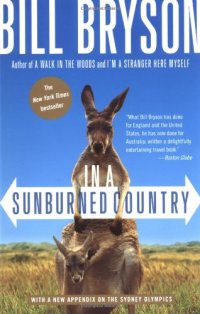